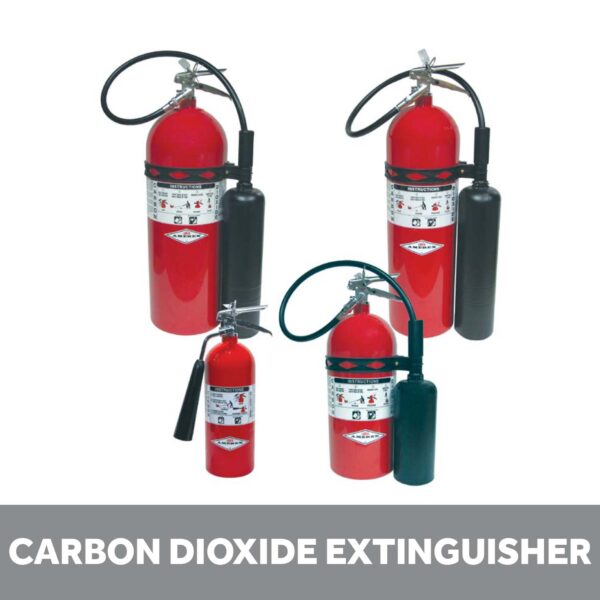 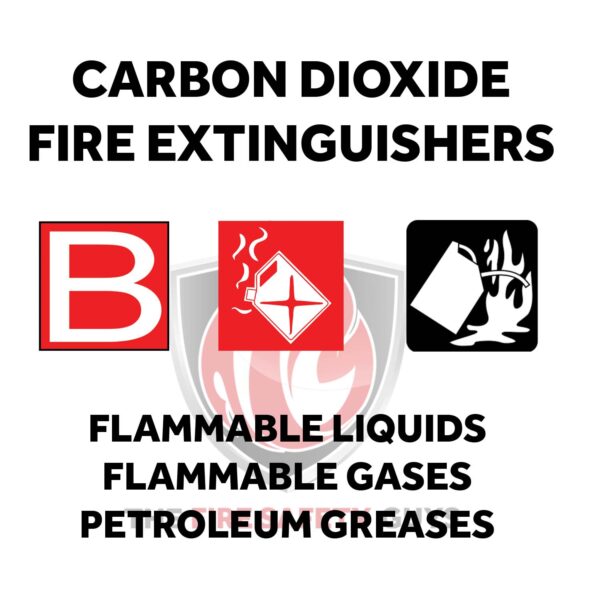 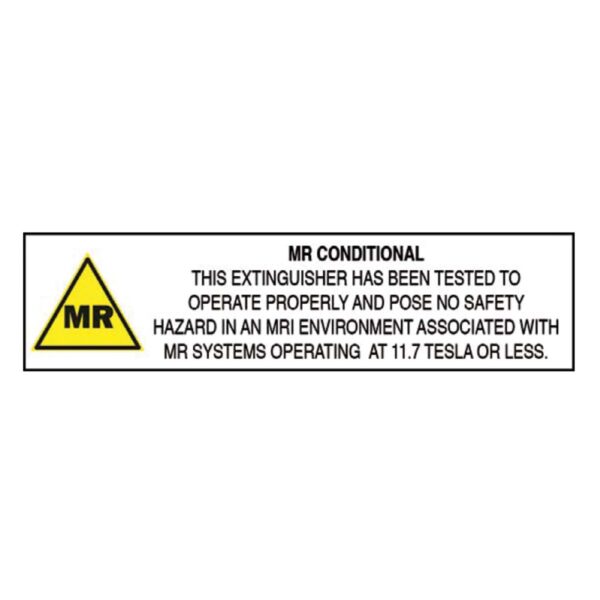 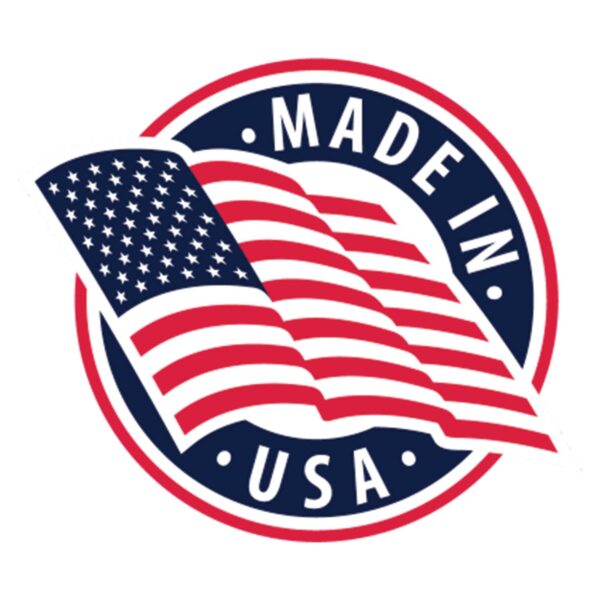 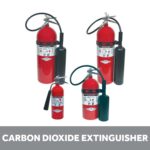 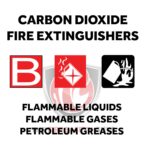 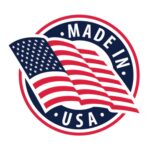 Carbon Dioxide Fire Extinguishers are also known as Class B. They are used for flammable liquids and gasses. A white cloud of “snow” is released when used, which smothers the fire by eliminating oxygen. Suitable For Flammable Liquids and Gases.

Carbon Dioxide Fire Extinguishers also known as Class B, use dry chemicals such as foam or powder to extinguish flammable liquids or gas fires. When discharged as a white cloud of “snow,” it smothers a fire by eliminating oxygen. It is effective for Class B flammable liquids and is electrically non-conductive. Carbon Dioxide is a clean, non-contaminating, odorless gas.

Solvents such as; grease, cooking oils, tars, oil-based paints, solvents, lacquers, and alcohols are considered Class B. Such fires are hazardous because Class B fires typically have a fuel with a lower density than water (causing it to rise), and burning grease is hotter than the boiling point of water (212 degrees Fahrenheit or 100 degrees Celsius).

When water is used on grease, it creates steam which expands rapidly and splatters, causing burns and spreading the fire. To contain a Class B fire, you need Carbon Dioxide Fire Extinguishers. 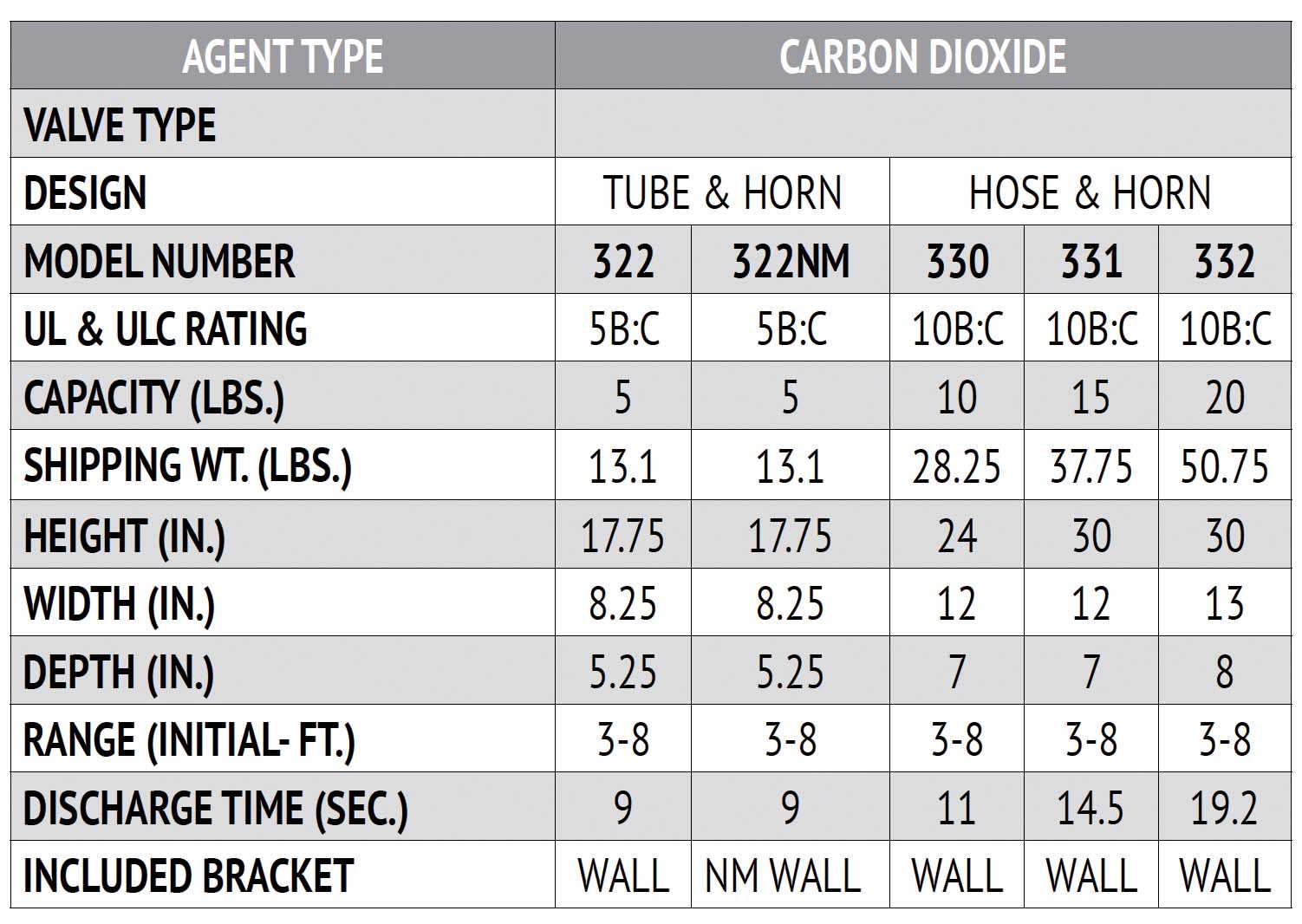 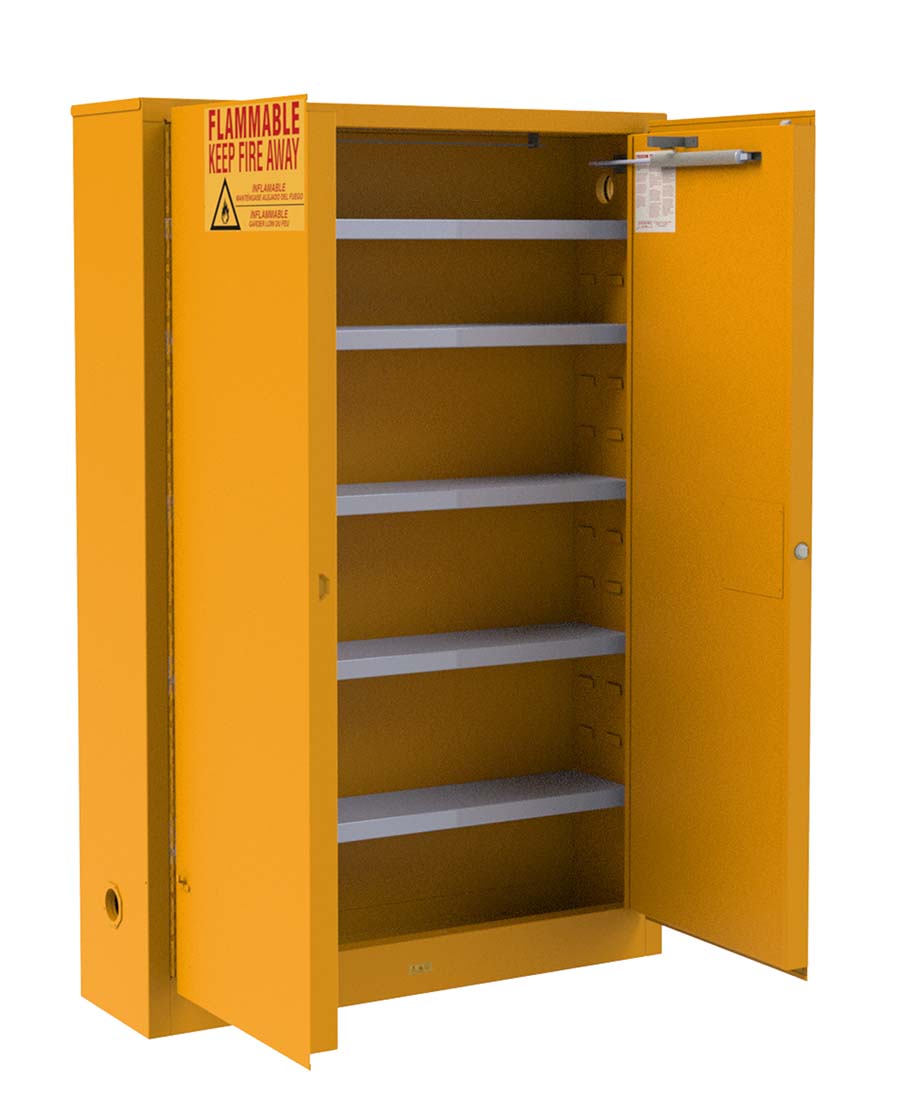 NOTE: If you plan to store flammables in your warehouse, consider using a Flammable material Cabinet when storing flammables. Also, keeping a Carbon Dioxide Fire Extinguisher nearby is advised.

There are no reviews yet.

Only logged in customers who have purchased this product may leave a review.

has been added to your cart.
Checkout